Online Exclusive: What Does It Take To Be Truly Inclusive?

What Does It Take To Be Truly Inclusive?

by Philip McAdoo via NAIS

Embracing diversity and inclusion in education requires a pedagogical commitment to difference. This commitment demands that we transcend race and difference to build relationships and view each other as an unlimited resource. We must infuse empathy into how we relate as global citizens and be willing to relearn the limits we place on others because of the way they look, act, believe, think, or live.

Diversity practitioners at independent schools are responsible for addressing diversity and equity at institutions with longstanding histories of privileging sameness. We are charged with actively engaging in comprehensive, encompassing, and relevant initiatives that present diversity and inclusion as extensions of the school’s sustained identity of excellence in education. But in independent schools with long-established cultures, there are often very different perceptions of diversity and inclusion than the social issues that impact the lives of students.

A basic tenet of diversity is to build value into our differences and sustain those values throughout our educational practices. The overarching goal should be to produce students who have a better understanding of the complexities of an ever-changing world.

Independent schools sing the praises of diversity and inclusion, but not all of them actually do the work of making their schools diverse and inclusive. For many schools, the first step toward action is recognizing how a history of exclusion has contributed to the school’s culture—and then doing the work of changing that culture.

In his book Images of Organization, Gareth Morgan suggests that organizations consist of particular beliefs and routines that “identify [them] as a distinctive cultural life.” For example, influential white businessmen and leaders have historically governed independent schools. This helped independent school education sustain a level of status and attractiveness to upper-class whites. The cultural identity of independent school students and leaders was historically efficient, reliable, and predictably white. This successful educational culture created prominent schools built on segregation under the guise of tradition.

In 1954, when the U.S. Supreme Court declared segregation in public schools unconstitutional with Brown v. Board of Education, there was hope for a new era of black-white relations in America. The civil rights movement of the 1950s saw private schools as segregated, white-only institutions. In fact, many private learning institutions were born from “white flight.” Race and economics continued to play out in privileged environments where schools were governed by a system of racist practices and policies.

In the years since, school leaders, board members, and administrators have been charged with creating more inclusive learning environments. As a result, “diversity” frequently appears in school promotional materials, in strategic plans, and as a bullet on a list of challenges facing independent schools. Some stated goals are filled with language that emphasizes the value of difference, the whole person, and creating global citizens.

In fact, some schools have made progress in recruiting students from a range of social, racial, cultural, and socioeconomic backgrounds. These efforts are commendable. But many schools are still far from mirroring the exchanges around diversity and inclusion that are happening in society.

Publicly, independent schools appear to be creating a more inclusive learning environment. But privately, the history of racial status quo is thriving as some schools are reluctant to do the work to become more inclusive. There continues to be concern about the experiences of students of color related to their social and emotional support, academic placement, and sense of belonging. The overwhelming perception is that independent schools are not ready to integrate diversity and inclusion into their educational and social structure.

An Example of Race and Culture

In 2012, the news of Trayvon Martin was everywhere. Neighborhood watchman George Zimmerman shot the 17-year-old Martin to death in Sanford, Florida. Zimmerman followed the teen, who was wearing a hooded sweatshirt, after telling 911 operators that the boy looked “suspicious.” Citing Florida’s Stand Your Ground self-defense law, Zimmerman was not immediately charged with a crime.

While thousands of protesters chanted Trayvon’s name, students at a predominately white independent school felt silenced. This campus had recently welcomed a group of white students who were showing a film that called attention to the abducting, killing, and displacing of innocent children at the hands of a brutal warlord in Central Africa. There was an assembly, students bought T-shirts, and for a whole day, the community felt good about their contribution to global justice. But, in the case of Trayvon Martin, the community’s response was different.

Grief and outrage from black students and black teachers slowly intensified as they brought their emotions to school with no place to unpack them. White students did not think race was a factor in the death of the black teen. The position held by most whites on campus was, “What does Trayvon Martin have to do with me?” while most teachers and students of color frantically searched for validation.

Black students shared stories of their white classmates’ galling ignorance and indifference to what had happened. They convened to discuss a teacher who called Trayvon Martin a “thug” and declared that he deserved to die. They pointed in frustration to their friends at other area schools who were being encouraged by their teachers and administrators to talk about racial profiling and participate in open campus forums about race, while their school remained silent.

This school branded itself a “neighborhood school” and was governed by a board of current and past parents. In this wealthy, white suburb, it was difficult for black students, teachers, and families to convey the reality of the violence that black boys face in this country and how that has impacted the lives of the black students at the school.

Black students started to look for guidance. With the support of the director of diversity, some teachers, and student allies, black students spent weeks meeting, handing out flyers, and planning an after-school town meeting to discuss the climate across the county and the impact it had on campus. The administration repeatedly and publicly acknowledged that parents were “the heart of the school” and key to the school’s success, especially financially. There were some vocal parents of influence who made their objections to the black student-led initiative known. “We do not spend around $25,000 per year for a school where these kinds of issues are allowed or supported,” exclaimed a parent. She asked that the school not take a stand to support “these kinds of social issues, especially with regards to blacks versus whites.” More disturbing than the emails and feedback from parents and teachers was the administration’s response to the student-led initiative to address issues of race. School administrators wanted to know what approval process the black students used for the discussion, and the head of school pointed to a lack of communication.

Students reminded the head that they followed the typical protocol for student activities by posting the announcement on the school portal and obtaining the proper permit. The head said he did not know what to tell faculty and the board. The administration received a highlighted copy of the school’s board-approved strategic plan on diversity. The plan stated, “We acknowledge and respect the differences of opinion that exist around political and social issues in our community. Therefore, our school promotes the free flow of ideas and will introduce our students to a wide variety of thought while avoiding bias in all school programs and functions.” In this case, the students who were looking for a space for sharing and validation were challenged in their quest.

Trayvon Martin’s death highlighted the discomfort in confronting the personal and institutional impact of race in rigid independent school settings. As diversity practitioners, we work hard to be a resource for the community. We draw from personal experiences and professional challenges to conscientiously teach students and colleagues alike about the experiences that minorities often face. We arrive in communities that have been built on the belief that white is superior and anything else is inferior. This sense of superiority is a significant component in the overall effectiveness of diversity practitioners, and it contributes to the lack of commitment to creating cultures that value difference.

The reality is that the white majority students in independent schools will never be mistaken for criminals. Their parents will never have to prepare them to deal with a public that still often judges them by the color of their skin. No matter how baggie or grungy their jeans or what time they choose to leave their gated communities, these white students will never—collectively and consistently—look suspicious or have their lives taken because of those decisions. That is worth talking about.

I question whether independent schools understand the depth of commitment necessary to foster an inclusive learning environment. Enrollment patterns, nepotism, and lingering stereotypes about race and ability are significant factors that contribute to the inability to sustain diversity and inclusion efforts.

As a diversity practitioner entrusted with creating and sustaining inclusive learning systems, I have come to understand that resistance needs to be respected. Morgan notes that in an organization, “there may be different and competing value systems that create a mosaic of organizational realities, rather than a uniform culture.” In independent schools, issues of diversity—gender, race, language, religious, and other groups—have a significant impact on the development of school culture. Administrators must move beyond the rhetoric of increasing the diversity of students and staff to an actualized goal of cultural transformation.

Independent schools need to offer students a critical understanding of difference by engaging with various religious, ethnic, social, cultural, racial. and identity groups. Directly experiencing another’s point of reference is the ultimate expression of humanity, which opens up students to genuine human relationships as they seek to understand and see their stories reflected in the lives of others.

After almost 10 years of leading institutions’ diversity and inclusion efforts, I wonder if it is possible to push back against a school’s history and create an environment that is open to the work needed to transform and transcend past injustices and create an authentic learning institution. What does that process look like? What does that administrative team look like? And what type of leader would it take to deconstruct the values and traditions that have been established? These are the questions we need to continue to ponder as we explore and confront issues of equity, diversity, and inclusion. 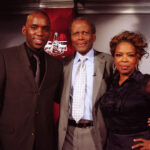