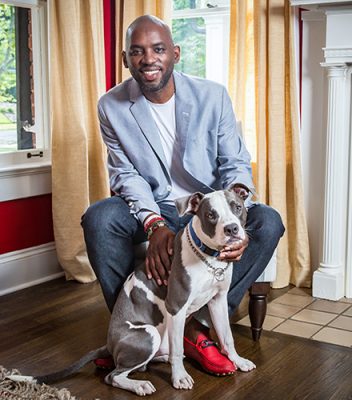 Dr. Philip McAdoo, a 1989 “original” Coca-Cola Scholar, performed in the Broadway productions of The Lion King and Rent, appeared in readings of The Book of Mormon and Wicked, as well as worked in television and film. He is a graduate of the University of North Carolina at Chapel Hill with a degree in communications studies, holds an MA in transformative leadership from The California Institute of Integral Studies, and earned a doctorate of education from The University of Pennsylvania in the Graduate School of Education.

As an LGBTQ activist, Dr. McAdoo has worked tirelessly to combat homophobia in his personal and professional life by fiercely advocating for himself, his family and the rights of LGBTQ youth, families, and educators as well. He joined politician and civil rights activist Rep. John Lewis speaking in support of the Every Child Deserves a Family Act to introduce legislation to Congress that would lower some of the barriers faced by same-sex couples who want to adopt children from foster care, like Philip and his partner Sean did. As an openly gay educator, Dr. McAdoo specializes in character development particularly from the perspective of diversity and inclusion, having written articles on diversity, equity, and inclusion and conducted numerous workshops and professional development on diversity as well as LGBTQ advocacy.

“Philip, his partner Sean Cavanaugh, and Zaden are a beautiful, loving, globe-trotting family; simply being with them just warms your heart. Their story is the happy ending which every foster care youth and potential parent should have the opportunity to experience” – Representative John Lewis

Philip served as the former Director of Equity, Justice and Community at the Sidwell Friends School in Washington, DC. He is a proud father and author of two books: Every Child Deserves and Independent Queers: LGBTQ Educators in Independent Schools Speak Out. He is currently the Founder and Chief Operating Officer of Philip McAdoo Diversity and Inclusion Consulting, LLC (philipmcadoo.com). He lives in Atlanta with Sean, his partner, Zaden, his son and Bart-ley, their wondrous dog.